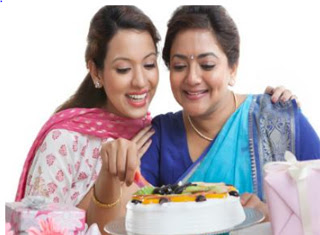 She is walking briskly across the road. Damn, she is running late for office again. She stays just ten walking minutes away from the office, still she manages to be late. No matter how far or near we stay from the office, she thinks, we always find ways to be late. It is a beautiful morning, bright and sunny. But the Delhi pollution and traffic is already spoiling it. How she longs for her hometown. It has been a decade since she has been staying in this metropolitan, but never really felt at home.

She being the youngest in the family, was the most pampered child. Also her two elder brothers and sister doted on her. Theirs was a joint family, so there was no dearth of hustle and bustle, as well as the noise of laughter in the house. It was big house, with a big courtyard and a big garden, replete with fruits and flowers. She had just joined her first job when Sameer's match came for her. Eldest in family, Sameer was a MBA in finance and worked in a private bank. His father was also a bank official who was due to retire in a few years time. His mother was a housewife, and both his sisters were married but working women. His family was based in Delhi. And they had no problems with her choosing to work like their daughters. It seemed like a good match. But Delhi, it was so far away from her small hometown, almost three hundred kilometres away. How will she survive? The only consolation was that her elder sister, who was married, stayed in Delhi too.

Within four months of the proposal, she was engaged. After eight months, married. She was shocked when she arrived at her husband's place in Delhi. It was so small! It was in a cramped building, in a colony of cramped buildings. It is called a flat, she was told. It had just two rooms, a kitchen and a hall. It had to be a mistake. Didn't her father have good look when he came to check out Sameer's place?

Once she settled down in her new home, after the endless visits to and from relatives, she started looking for jobs. But within three months, she was pregnant and her career went for a toss. As per tradition, she gave birth to her first child in her maternal home. Ayush, her son, gave a new direction to her life, a new meaning, the joy of motherhood. And staying at her maternal home, among her near and dear ones, made her joys twofold. Soon, Aayush was four months old and Sameer and his family wanted the little bundle of joy in their home.

When Aayush turned one year old, she broached the subject of getting a job. Now that Aayush was older, she can start working again and Sameer's mother, Mummyji, could take care of him during the day. But Mummyji would hear none of it. She argued that Aayush needs his mother full-time. When she tried to point out that Sameer's sisters are working as well and they have kids, Mummyji simply said that theirs was a different situation. She responded with tears but said nothing. In her heart and mind she understood that the only difference was that she was not Mummyji's daughter. And Sameer also didn't say anything to support her case.

A few years more, and Aayush started going to school. By then, it had become impossible to spend the entire day with Mummyji alone in the house. She had started answering back during their occasional tiffs. Even patience has a limit she said. Little by little, she was able to persuade Sameer that for the sake of peace in the house, she should start working again. Also his father had retired and his parents can keep each other company. Reluctantly, his Mummyji agreed but with a warning that Aayush's studies and development should not suffer because of her job.

Oh! How sweet that triumph had felt. It has been three years now that she had restarted her career. Well, she was a decade behind her friends and had to start from scratch again. But better late than never, isn't it! She had been lucky to be working so close to home. But she never goes home for lunch. The family would start thinking that her job is an easy one. She is juggling work and home quite nicely. Mummyji and Papaji are also supporting her in their own ways. But Mummyji doesn't leave any chance to rebuke her regarding her working status. A few marks less scored by Ayush than in the previous test is enough to set off Mummyji's bullet in her direction. Similar is the scene in case of a 'notch below' perfect parantha for breakfast.

But she is happy. She is enjoying her work and learning fast. With time she has become an indispensable member of her team. Her performance is being applauded as well as rewarded. She has become a confident independent woman. She is now able to fulfill her material needs without being dependent on Sameer. She is able to take care of her parents' need in small ways too. She is no longer a naive young daughter-in-law. She is surprised to hear stories from her married women colleagues, far worse than Mummyji's case. Well, there are some positive stories too. They all have a laugh together, as well as help each other in tricky situations.

But she has finally accepted Mummyji, with all her shortcomings. And Mummyji has reciprocated it seems. She now looks out for the small acts of kindness Mummyji does for her. It is Mummyji's birthday today. She had gifted her a beautiful orange silk saree. In the morning, she took Mummyji to the temple and so she was running late. But the joy on Mummyji's face was worth being late today.
It is definitely a big win for a small loss.