Read Review: The Mountain of Light 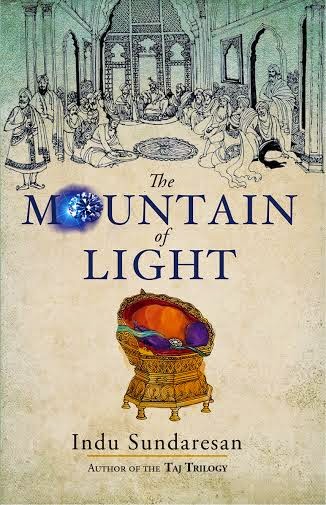 The Mountain of Light by Indu Sundaresan
Paperback, 352 pages
Published 2013 by HarperCollins India

Blurb:
As empires rose and fell and mighty kings jostled for power, its glittering radiance never dimmed. It is the “Mountain of Light” - the Kohinoor diamond - and its facets reflect a sweeping story of love, adventure, conquest and betrayal.

Legend has it that Lord Krishna gave the Kohinoor to a devotee as a reward for his meditations. But the first recorded mention of the diamond is in the memoirs of Emperor Babur, who received it from a Hindu raja he had defeated. It then slipped out of India and was possessed briefly by the Shah of Persia – who gave it its name – and the king of Afghanistan, Shah Shuja, who surrendered the Kohinoor to Maharaja Ranjit Singh of the Punjab Empire as a reward for helping him regain his kingdom. Here begins The Mountain of Light.

The novel takes us through the sprawling gardens of nineteenth century Lahore to the palaces of the six-year-old prince Dalip Singh who, on his father’s death, loses his empire and the Kohinoor to the British. The diamond is secreted out of India once more and, at the age of sixteen, the boy king follows it to London, where he is feted and petted until he realizes that nothing can replace the loss of his lands and his diamond – which now belong to the Queen of England.

MY THOUGHTS:
I had loved the author's Taj trilogy. And I love the way she weaves the story around historical facts. My sister gifted me this book for my birthday this year.

Unlike other novels, the central character of this book is an object and not a person. It is the Kohinoor diamond. So the story moves ahead as the Kohinoor changes hands. For the same reason I felt that as I warmed towards the characters, they had to be left behind because the Kohinoor has moved.

The only character who was like a thread in the storyline was Dalip Singh, the son of Maharajah Ranjit Singh. He is mentioned as an infant, as the child king and the story ends with him. So he is almost a constant character.

The author writes so beautifully that I feel as if I am transported back in time. The way she describes the sights, smells and sounds, I feel as if I am right there in the story, experiencing them.At the end of the book, the author tells the reader what are the facts and what is fiction. This is what I really like about the author. She gives the reader information on the subject so that we don't take fiction as facts.

I liked the book. But frankly I didn't enjoy it as much as I did the Taj trilogy. Nevertheless, lovers of historical fiction would surely like this book.