Book Review #8: Living To Be A Hundred 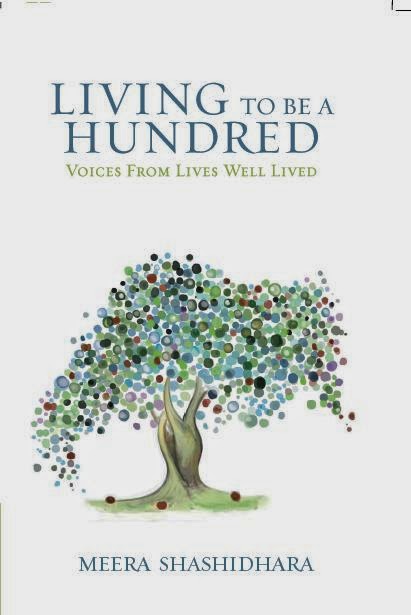 The blurb of the book says:
IF THERE IS ONE BOOK WHICH SPANS GENERATIONS WITH THE COMMON THREAD OF COLLECTIVE WISDOM, IT IS THIS ONE. Nineteen centenarians from different countries and a cross-section of society, share their memoirs, intertwined with the history of their century, as they experienced it. They were ordinary people who lived extraordinary lives. In these pages, they share their values, beliefs, habits, attitudes and lessons learnt from living to be a hundred. Most important of all, they tell us how to harmonise science and soul. They were around from the rustic horse and buggy age to the sequencing of the human genome. They witnessed the Big Bands performing, the railroads being constructed, and Gandhijis non-violent movement against the British. They have had personal experiences of the Great Depression, the World Wars, the Japanese invasion of China, Indias freedom struggle, and apartheid. They have lost children to war and poverty. So what inspired them and kept them Spirited? What did they learn from history? How did they find the strength and the will to keep going in times of despair? Is there hope in the 21st century for all of us to achieve more fulfilling lives? In their diverse narratives, they offer us a common and real hope for health, longevity and a saner world-based on our own humanity.

About the author:
Meera Shashidhara was born and raised in Bangalore, India. In 1991, she immigrated to the US, where she did an MBA and worked in California, for over six years. She took a break from work when her second child was born. Though her career has been in Finance, Meera has always had a keen interest in human behavior. She is also deeply interested in nature and conservation, and is a qualified Naturalist. Meera lives in Bangalore with her family. She can be reached at: meera_shashidhara@yahoo.com.


WHAT I FEEL ABOUT THE BOOK:
I liked the book's cover, simple and sober. Reflecting the book's theme and title, the cover depicts a full-grown tree.

The book has been divided into two parts. Part I narrates the stories of the nineteen people who have crossed their 100th year. Nineteen chapters covers nineteen stories in this part and the narration is kept primarily in the first person. Each chapter follows a standard format of the person's story of life, followed by answers to questions about his/her diet, routine, food habits, hobbies and so on. Part II summarises their opinions on various topics like home, love, death, environment, internet, God and religion. Each of the topic forms a chapter.

It was really nice and interesting to know about nineteen lives who have watched, witnesses and lived a whole century. It was inspiring to learn how they never lost their zeal for life and are so zestful even after their 100th birthdays. Each of their life is a unique story.

The book is the fruit of hard work of the author, no doubt. It is not a easy job to locate, meet and interview centenarians from different parts of the world. But somehow I felt the book lacked the zing, at least for me. I am not able to put my finger on the exact thing but I felt the book could have come out in a better form. May be in the way the interviews have been summarized or may be the author could have put down the stories in the third person.

Further the book was supposed to be published in 2004, that is a decade back. But it did not work out somehow. As a reader, I am left wondering what happened to those nineteen centenarians! I think something more about them after the interview and during the last decade could have been really great. Nonetheless, it is a great effort and a laudable piece of work.

I would appreciate if you would spare a moment to rate my blog by clicking on the tab on the top of the sidebar. Thanks!